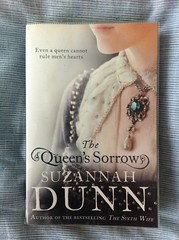 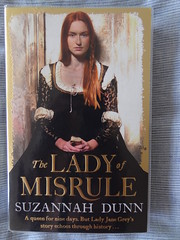 A speedy read – partly because it’s a relatively slight novel but mainly because it’s a good read. Suzannah Dunn presents Henry VIII’s fifth wife as a teenage airhead, obsessed with boys and sex, which I suspect is a pretty accurate portrayal of her character an appeal, although I’m not so convinced about the apparent absence of politicking in her transition from a lowly member of the Howard dynasty being brought up in the household of her step-grandmother – the Dowager Duchess of Norfolk – to Queen. But then again, the book is told from the perspective of her friend and confidante, Cat Tilney, rather than Henry VIII and his peers, and all the more accessible for that.

It took me a while to warm to the update from Tudor to twenty first century language, but with hindsight it provided a new route into a familiar story – the rise and fall of Anne Boylen – and the book it all the better for it.

The famous phantom pregnancy of Queen Mary I, as told by one of her husband’s Spanish entourage. An interesting approach, but the Spanish, Catholic double remove made it feel too remote from the main events, exacerbated by Rafael’s inability to understand the world in which he finds himself. In fact, it was hard to credit Rafael could get it quite so wrong….