My first taste of Tom Holland: A hefty hardback about the demise of great empires of the Ancient World, and the religions that existed and came into being during Antiquity.

Very readable, and I particularly enjoyed the Cyberman-like cover art and the Dramatis Personae (à la Lindsey Davis) that’s included at the end.

Author page: In The Shadow of the Sword – Tom Holland

Easy reading chronologically ordered chapters covering the more familiar Artic Explorations including Franklin’s attempt to find the North West Passage and Peary’s claim to have reached the North Pole, and the more unfamiliar such as Andrée’s Artic Expedition by balloon and Amundsen’s by airship, and finishing up with the Artic’s role in World War II and the Cold War.

The book accompanied a BBC2 series and both date from 1998. I can’t find pages for either online.

Abebooks page: Icemen: A History of the Arctic and its Explorers – Mick Conefrey and Tim Jordan

Another history of the 20th century’s attempts to ascend, and descend, the world’s second highest mountain – K2.

K is for Karakoram, and “The Savage Mountain” as it’s sometimes called, lies on the border between Pakistan and China, in the former’s far north west, an area I visited back in 2006, and fell in love with.

So, yes, trekking to Concordia is on my wish list.

Climbing K2 is not!

Conefrey’s 2015 book culminates with the ultimately successful 1954 attempt by the Italian team organised and run by Ardito Desio, although – in my view – not truly led by him as Professor Desio spent most of the time at Base Camp, leaving the mountaineering to the mountaineers – including Achille Compagnoni and Lino Lacedelli who made it to the top. The book also discusses the long term fall out, and falling out, that ensued.

I don’t recall Conefrey describing Desio as a Count, but that may account for his management style and insistence on hierarchy – and travelling by plane whilst leaving his lowlier mountaineering companion, Riccardo Cassin, to travel by train on their 1953 reconnaissance. 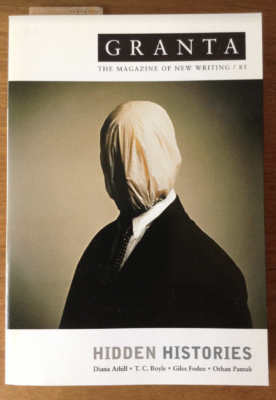