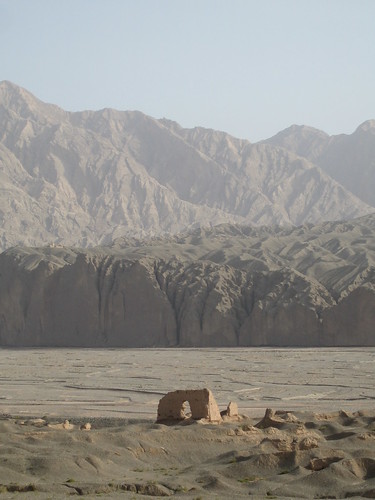 A highly readable run through the adventurers and explorers who undertook (and largely failed) the “Race for Lhasa”, provided you are comfortable with Peter Hopkirk’s premise that to be in the race you have to be a White westerner – those of an Asiatic countenance have it too easy, all the more so if they happen to have the added advantage of sharing the Buddhist beliefs of the Tibetan plateau. It goes with The Great Game territory I suppose.

Published in 1982, the book is showing its age – as Peter Hopkirk acknowledges at the close of this 2006 reissue.

In Frinton on Monday (we were in Walton for Easter, when I read Trespassers), I found Alexandra David-Néel‘s account of her journey to Lhasa and the three months she spent there, all the time disguised as a pilgrim. I didn’t buy it – I now wish I had!

Publisher page: Trespassers on the Roof of the World: The Race for Lhasa – Peter Hopkirk

Don’t let the thickness of this book put you off, it’s a very readable account of the development of The Great Game from pot luck acquisitions to calculated land grabs, involving wily politicians, sage elder statesmen and military and commercial adventurers, and excellent background if you are off on a Silk Road trip, especially Bokhara or Khiva, or heading towards Afghanistan or Pakistan, the mountains of the Hindu Kush, Pamirs or Karakoram…

In addition, there’s a summary of the British invasion of Tibet, the origins of the Wakhan corridor and reasons as to why the Russian are in the Caucasus and the ‘Stans, and the Brits were in Chitral and Hunza – making this a book even more worth reading if you’re going on a whole range of Wild Frontiers trips! I’m really keen on their Wild Walk In The Hindu Kush now….