Another fab weekend in Pembrokeshire, with Steffi and Maurice, Hazel, Charles and Dave.

Summary: A gig in Tenby on Friday courtesy of Maurice and his band, and a wet walk along the Pembrokeshire Coastal Path on Saturday doing a figure of eight from West Angle Bay. Sunday stroll around the Southwood Estate with blue sky views out over Newgale Beach, then another of Maurice’s Marvellous Sunday Lunches, with crumble by Carmen. Painful train journey home.

For photos, take a look at my Flickr Album: Everest Trek Get Together No 15. Read on for the detail.

Friday followed its usual pattern – train from Paddington, rendezvous with Dave at Newport, generous G&Ts on arrival at Mayhem followed by one of Steffi’s curry feasts. Then the evening diverged from the norm, as we headed over to Tenby to watch Maurice and his band in a gig at The Lifeboat Tavern. Brilliant!

A late night drive got us to Newgale, Steffi’s caravan, and bed.

No photos… I always fail to get any of the array of curries. Must be the aperitif.

Saturday‘s weather forecast offered 50% chance of light rain and moderate winds for our stroll around the headland from Angle to Freshwater West and cutting across the peninsula to East Angle Bay and back through the long, narrow village to West Angle Bay.

The 50% was not in our favour. We got a morning of very wet Welsh rain, and grey views out to sea as we walked this section of the Pembrokeshire Coastal Path.

The rain eased off as we headed back towards Angle through, looking across to Milford Haven with views of the refinery, tankers and Irish Ferries arriving into port. Walking along Angle’s medieval main street, the nineteenth-century Estate-built hotels and houses standing out somewhat, we were passed by a vintage car rally. A fine parade, although we became rather concerned when we realised they were also heading to the Wavecrest Cafe, down at West Angle Bay.

Fortune smiled on us, and we managed to get a corner table for five, and the ladies who run the cafe were super efficient. We were tucking into Welsh Cheddar and Leek Tart (me), Bacon & Brie Baguettes (H & S) and bowls of steaming Cawl (D&C) within 10 mins. Five stars for the Wavecrest Cafe, team and food. Highly recommended!

As blue skies put in a determined appearance above us, we headed out to do the other half of the Angle peninsula, 3.7 miles along the coast path and back via the Pele Tower House with its spiral staircase, arrow slit windows and views of the stone dove cote. Angle has an ancient history.

We made it back to the Wavecrest Cafe with 15 mins to spare for pots of tea, tasty cakes and a warm welcome back, even though they were shutting up at 4pm. A really impressive bunch of women run that place.

Home and dry by 5pm, we had time for more tea and the papers as the rain pelted down outside.

Sunday dawned with clear skies and a colder breeze. A light breakfast then out to the beach and then up on the footpaths to and through Southwood Estate, as discovered by Gwyneth and Dave this summer. A smashing stroll from Pinch Hill to Maidenhall Car Park, then back along the coastal path above Newgale Beach. Great views out to Grassholm and Skomer.

A speedy drive back to Mayhem via Aldi, for another Marvellous Maurice Sunday Lunch, with Carmen’s Blackberry and Apple Crumble for afters.

Full rabbit to Newport, where our scheduled return to London was scuppered by GWR. Our train broke down at Cardiff, the weekend engineering works were overrunning, there were rolling stock chaos and staffing shortages. AKA loads of cancelled trains. We took the station staff’s advice and jumped on a train to Bristol Temple Meads, only to find the next London train was cancelled, so we had an hour to wait. We got into Paddington at 20.44. Delay Repay submitted this morning. Now we just need to give GWR twenty working days to process it….. I think they’ll be busy.

On a sedate train service heading towards Cardiff, after another lovely weekend in Pembs, this time combining the 14th Everest Trek Get Together with the start of Steffi’s birthday celebrations.

Friday featured generous G&Ts followed by curry and then the onward drive Newgale and the Van. Dave and Gwyneth had met us in Newport with the usual smooth station rendezvous and a drive West that was somewhat wetter than desired.

The damp theme resurfaced on Saturday this time accompanied by strong winds – the forecast had promised heavy rain and winds over the 50mph mark, and proved accurate. The morning was slightly less bad, and we ventured out along the road to the cafe/paper shop. Huge waves and steady rain kept almost everyone else inside. The return walk, into the wind, took 6 mins longer than the outbound leg. A day in the caravan seemed the sensible option, with D&G driving back to the Duke of Cambridge to watch Wales romp to victory in the Six Nation final. We celebrated that and Steffi’s birthday minus 3 days with ginger tiffin, tea and sparklers.

Steffi and I ventured out to watch sunset from the beach, catching a final shower en route but one that delivered a wonderful full rainbow over the caravan park. Beautiful sunset, the sea still strong.

Back in the van, present opening followed together with further toasts, of champagne this time, accompanied by crisps from the pub. We dined on Steffi’s special soup, Cardigan bread, hummus and carrot sticks, cheese and biscuits.

Leisured breakfast on Sunday. No rain and crystal clear skies out over St Brides Bay. A beautiful walk along the beach, busy with walkers and dogs. Lovely.

Back to Mayhem for continued celebrations with more champagne and a slap up Sunday lunch cooked by Maurice and Maria. Yes, we did visit the Aisles of Aldi en route. It’s tradition.

Hazel and I caught the 15.54 from Whitland, changed onto the GWR service at Swansea and are whiling away the journey back to London listening to podcasts / watching downloads. Currently at Cardiff where our naturally quiet carriage now has a lady putting the world to rights on a phone call… 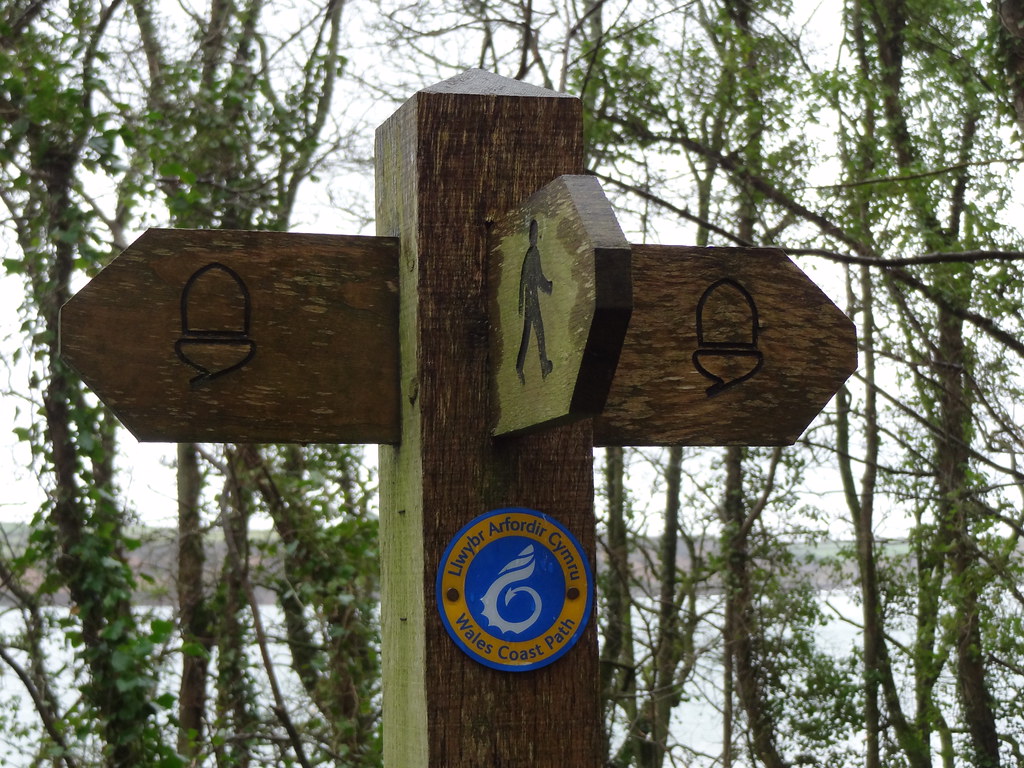 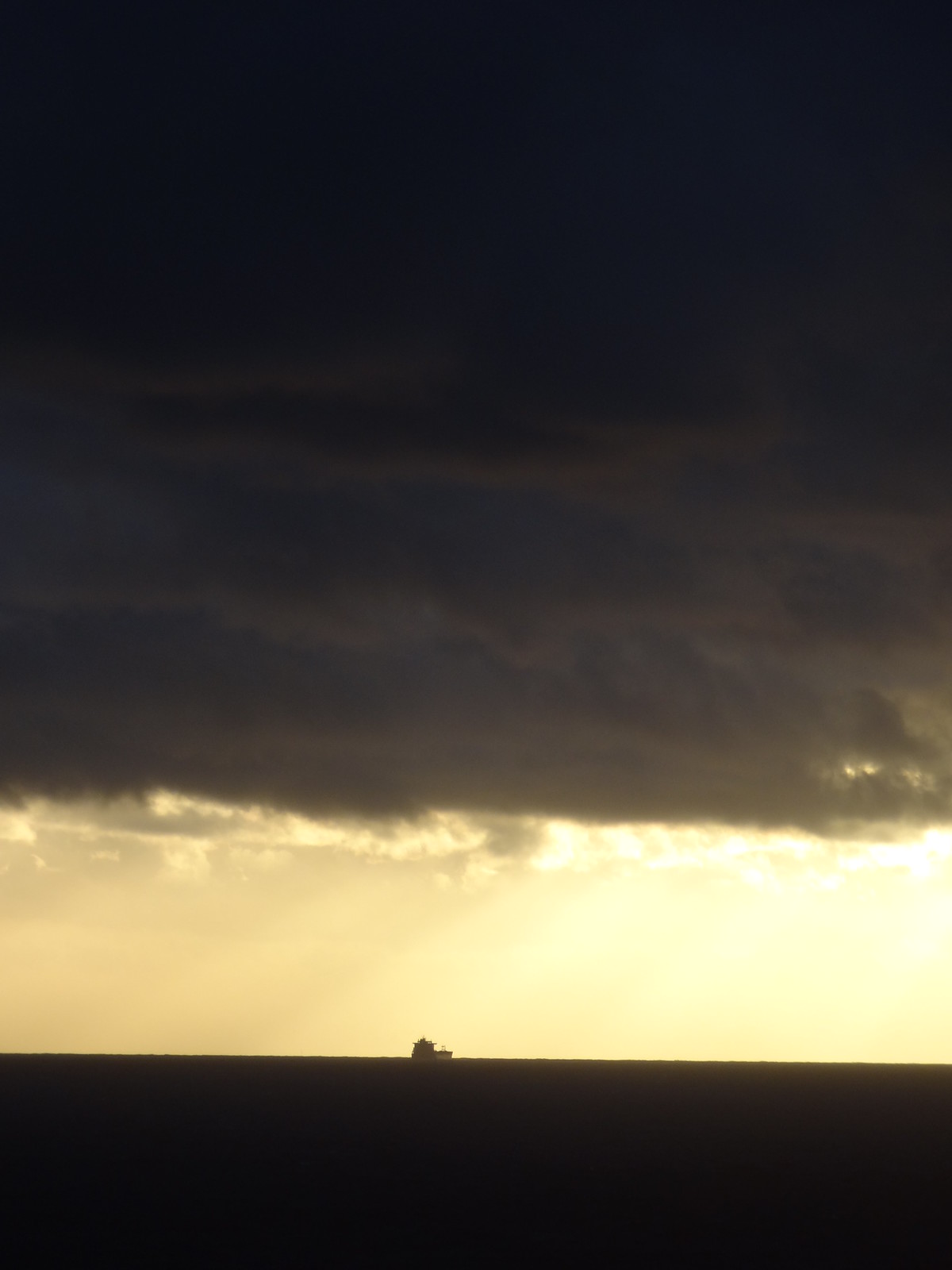 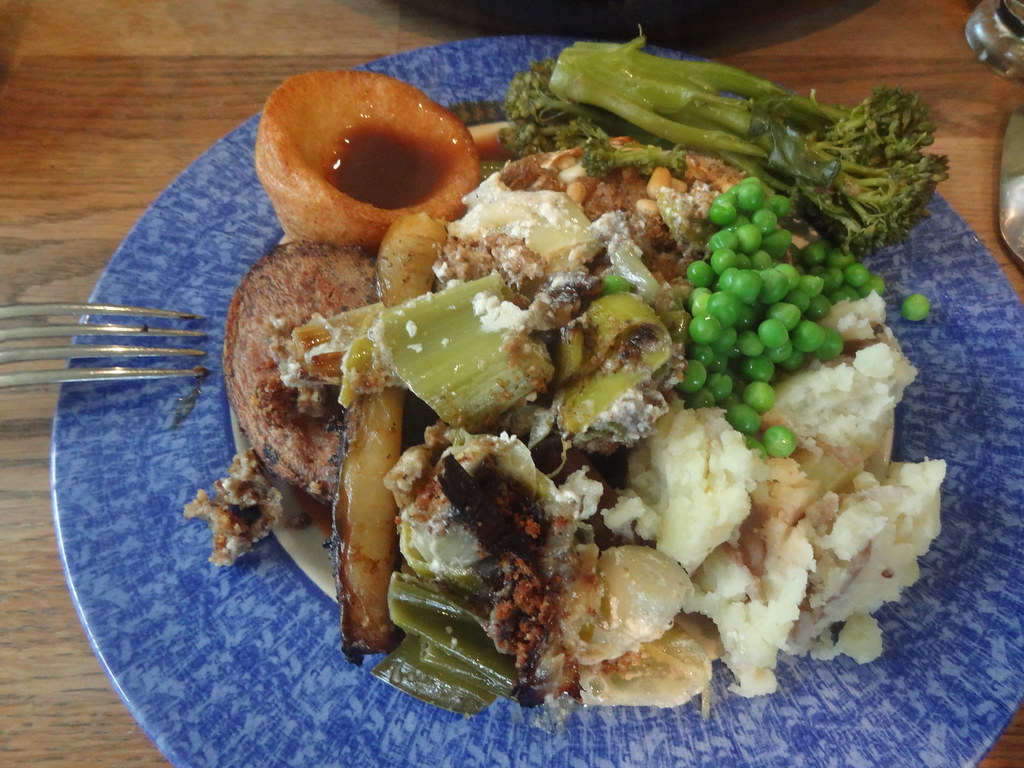 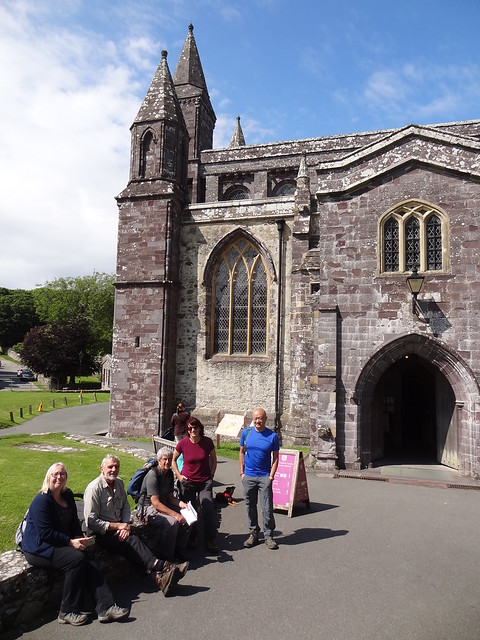 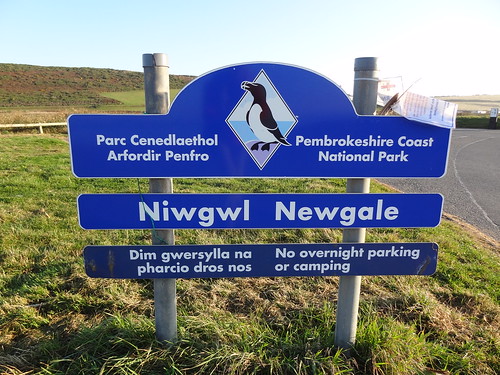