Home after our seven day sojourn by the sea, the highlight of which was a beautiful “blue skies and sunshine” 25th of December – what The Sunshine Coast does best, although not always at this time of year.

The week sped by, mainly because it was broken up into a series of “events”.

Settling in and Shopping

We arrived on Friday, early evening, only to find that The Tollgate fish and chip shop was closed for Christmas! So it was Plan B: Yates’s for F&C with mushy peas a la Aldi back at the flat. But first, a quick visit upstairs to wish Margaret and Richard Season’s Greetings and an early Happy Birthday for Richard.

Saturday started with our Christmas Food Shop at M&S and Aldi – 99% successful (and surprisingly easy – neither were as busy as I’d feared) with only the M&S Festive Vegan Roast unaccounted for. A tactical strike back at M&S on Sunday sorted that out and revealed that Sunday morning was Prime Christmas Food Shop time.

To Frinton for coffees at the Bird & Bean accompanied by a bacon donut for Phil (verdict: try it!) and the usual mooch along the shops of Connaught Avenue. Back to the flat for a late lunch and a leisurely afternoon. Sunday was similarly leisurely, after the Festive Roast foray. We ventured out early evening for a pint at The Victory, with beer spillage.

Monday was early Christmas Dinner with Janet, John and Sue – very successful roast ham, mashed potatoes, roast parsnips and carrots plus stuffing and pigs in blankets followed by Christmas Pud. The less successful aspect from our perspective was the lack of leftovers!!!

Sue stayed on to Christmas Eve, which started sunny and saw Sue go for a swim in our southern stretch of the North Sea. Very impressive. We celebrated with a late lunch in Frinton – back at the Bird & Bean, naturally – followed by more mooching then homes (various).

Christmas Day provided a smashing sunrise, two strolls along the beach, beautiful blue skies and the option of a 10am swim from The Last Fisherman Cafe. We participated, as spectators. Phil had cooked on Monday, so I was doing Wednesday and spent a relaxed couple of hours preparing our Christmas Day dinner, assisted by a glass of white wine and some nibbles.

Our plates of M&S Vegan Festive Christmas Roast with gravy, roast potatoes, roast parsnips and carrots, Brussels sprouts, green beans, broccoli, stuffing (and a pair of pigs in blankets for Phil) didn’t last long. No room for any afters, although after a walk along the prom and back via Southcliffe we did manage a cup of tea and some small cakes… Just tidying up!

Boxing Day was wet and windy. A day to stay inside, and to finish Kingmaker: Winter Pilgrims – and to wish I’d checked that I’d not read the other three novels I’d picked up at Barbican Library before bringing them to Walton. Read a few chapters of The Beckoning Silence, but not gripped. That evening we finished watching The Knick. Glad it got less graphically gory as the series wore on.

Today was overcast and mild. No great incentive to head outside, but we did manage a trip to the glass recycling bins, and on to the Yacht Club where we saw how the glass recycling bins get emptied. Thankful for Phil’s backlog of LRBs either side of lunch, during which we almost finished off all the leftovers…. There’s a tub left for tea once we get in. Plus plenty of cheese.

Five days to pack the ever expanding list of things we are taking with us to Herefordshire. That’s come around fast!

We’re back from a lovely warm Christmas week in Walton.

We travelled down on Friday, got the heating on and put up the Christmas cards.

A Gyford Gathering was arranged for Saturday – we rendezvoused with Sue, Janet and John at Frinton train station followed by a mooch around the charity bookshops and a late lunch at The Hat & The Mouse. More mooching before Janet and John caught the train home and Sue, Phil and I walked back via Pole Barn Lane and the fully renovated Round House.

Sunday provided bright blue skies to lure us out for a stroll up along the front to Hipkins Beach and on around the Naze. Lots of energetic waves splashing along the waterfront. Hardly a soul in sight. Not so at Aldi and M&S Food Hall, which were the day’s other main destinations! Christmas food shopping accomplished with (relative) ease thanks to Aldi’s speedy checkout and M&S self service one. Sue still in shock at The Shops.

Monday was Christmas Eve, so a quiet day for us, Sue heading “home” after lunch.

Christmas Day dawned crisp and clear a little after 8am, which allowed for a couple of speedy trips to the seafront (and a clamber over the wooden flood barriers) for photos followed by breakfast and presents.

It was too nice a morning to stay in, so Phil and I walked along the front and on the beach towards Frinton. Lots of other folk were out and about enjoying the morning too, most of them with dogs.

Christmas dinner for two was cooked without any trauma, accompanied by a glass of sauvignon blanc, some of Jo’s Nibbles and Phil’s Christmas Playlist.

We had to have a breather between mains and pud – and even then we could only manage a mince pie each. The Christmas Pud will have to wait its turn. Much later on we squeezed in cheese and biscuits. And port.

The rest of the week flew by, and we were tempted to stay longer. Weatherwise it was warmer and cloudier, so less incentive to venture out although we did manage a muddy walk along the flood defences to Hipkins Beach and back on Boxing Day. Reading was the main replacement activity and I finally finished Lonesome Dove and polished off the two library books I took – Y is for Yesterday and A Sweet Obscurity – and still had time to catch up on articles I’d saved to Pocket plus a podcast or two.

Thursday was the exception with another Frinton train station rendezvous, this time with Tom and Jo. Coffee at Harry’s (nowhere else was open!) and a mooch around Great Danes was followed by a stroll along the prom back to Walton where we paused in The Victory for a pint and some crisps before a last of the leftovers lunch back at the flat.

Train home yesterday, with rail replacement from Ingatestone to Newbury Park. One day GreaterAnglia will finish the engineering works. One day…..

Just home after our first visit of the year where we’ve not needed the night storage heaters on! Three lovely sunny-yet-misty days on the Sunshine Coast. Spring is on its way. 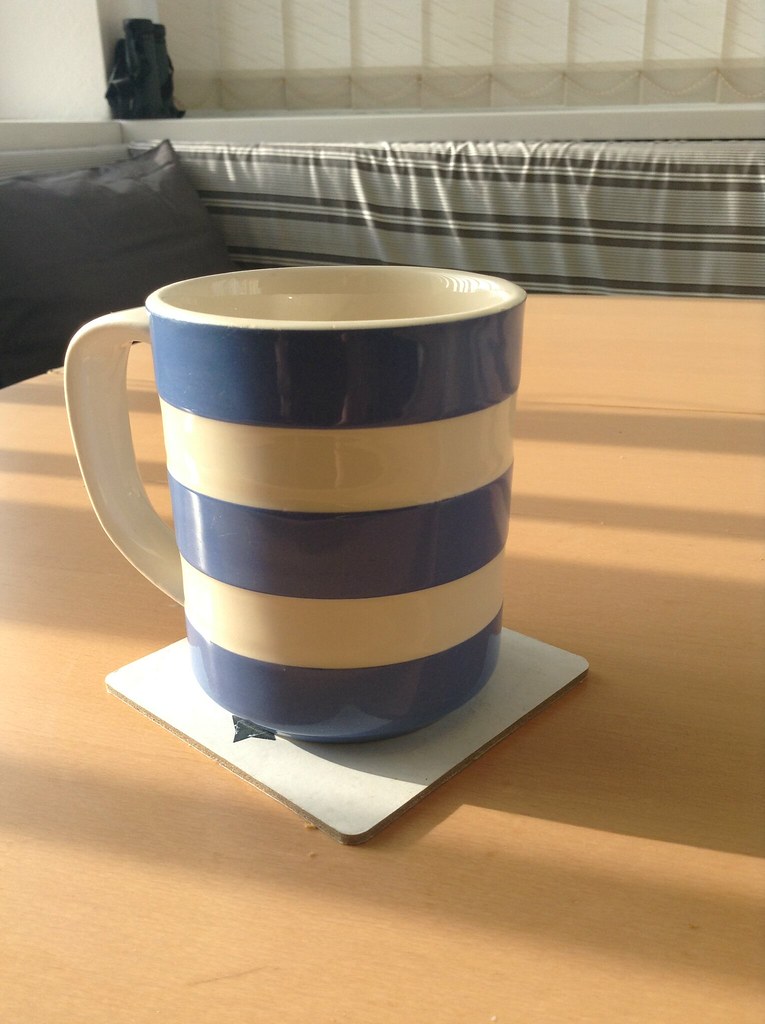 Ticked off some Residents Association admin on Fri and Sat, and we also masticked above the bedroom window in the hope that that will deter the rain…..

More enjoyably, I installed the Tooting Wilko pillowcases-as-cushion covers on the window seat. The finishing touch, it looks smashing. And Friday’s walk along the Prom to Frinton yielded a promising batch of books and a Cornishware style mug. Very satisfying.

Saturday night saw our first meal at the superb Pearl of Samui since November. Too long!

Sunday was spent more leisurely, reading at home. It has been good reading too – Simon Armitage’s, Walking Away, PD James’ Death Comes To Pemberley and Donna Leon’s By Its Cover. We also finished off the two old packets of washing powder. 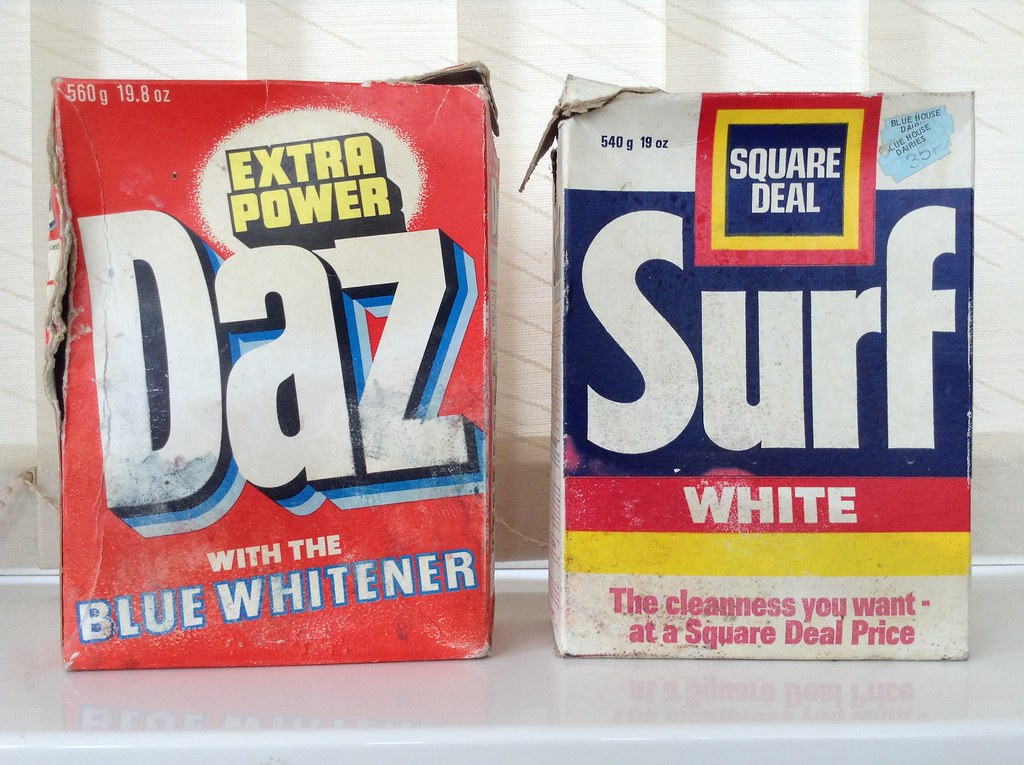 With summer on the horizon, the old Tourist Info office is being converted into an ice cream kiosk and opens on 1st April. I still think it was crazy to relocate the tourist info all the way up to the Naze. Fine for drivers, but in the summer so many people come here by train – and may have no idea where “The Naze” is nor any inclination to go there. The station ticket office is closing too.

After finishing off the left overs … 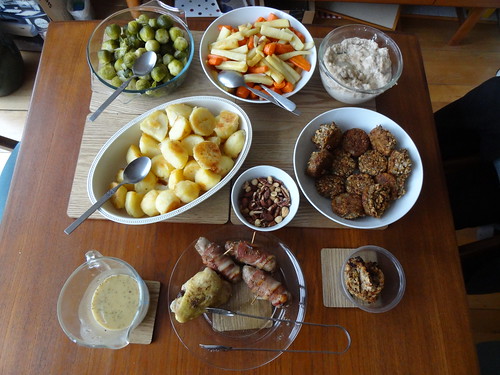 … and fuelled by daily afternoon doses of Christmas cake and tea and plenty of reading, we fitted in a few walks to Frinton and back and up and around the Naze, spent evenings binging on film and TV – watching Rogue One in Colchester and Peaky Blinders and The Good Wife on other occasions – and finished up last night with a pint at The Victory followed by tasty (fish &) chips from the Tollgate Fisheries.

It wasn’t sunny every day, but it was very relaxing! 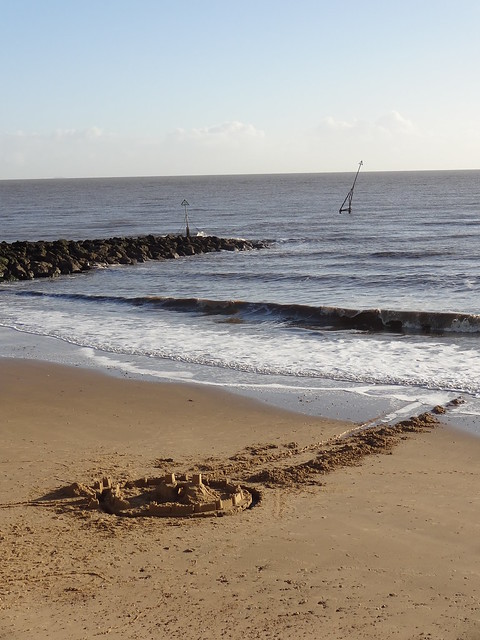 A surprisingly sunny and warm weekend for late October. 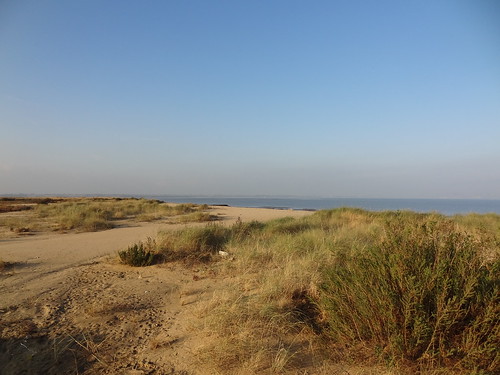 Perfect for strolling from Frinton-on-Sea to Walton-on-the-Naze, and then around the Naze going beyond Stone Point for the first time. 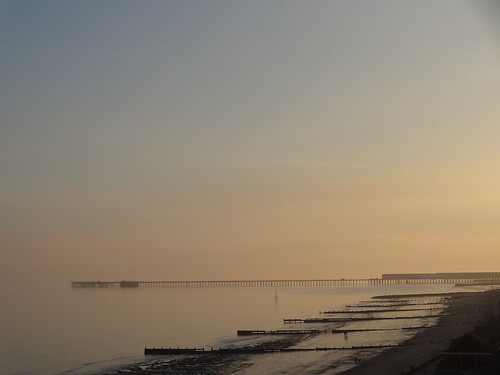 Sunday featured more strolling – this time to the end of the Pier and back, and further along the Prom with an ice cream…. 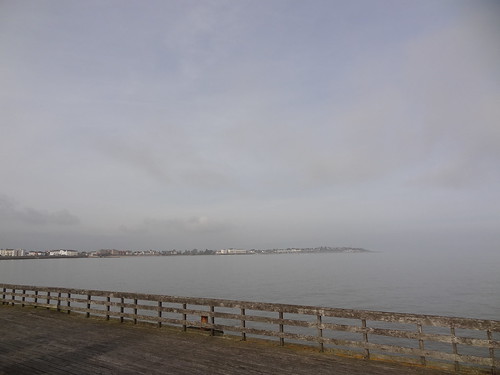