We spent last weekend, Friday to Sunday, in Walton on the Naze – enjoying the second of my non-working Fridays. I stopped teaching at St Paul’s at the end of the Christmas term, freeing up my Thursdays and Fridays to do other things and giving greater flexibility on when I can do my big trips – hence April/May’s Manaslu Circuit and September’s trip to Ladakh.

A cold, sunny trio of days, beautiful weather for being by the seaside, strolling on beaches and photographing beach huts.

Arriving Friday lunchtime under clear blue skies, we spent the afternoon stretching our legs in the direction of Frinton, where we found a pair of daffodils in bloom in Crescent Gardens – that’s Frinton for you! Our return route featured a fabulous Sunshine Coast winter sunset, tinting pink the wind turbines of Gunfleet Sands and turning the skies to the south of Frinton an orange that dwindled as the blue skies darkened to night. 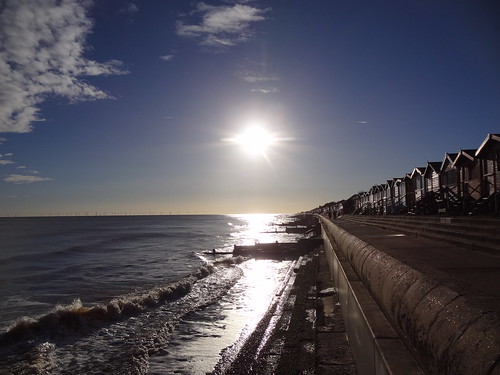 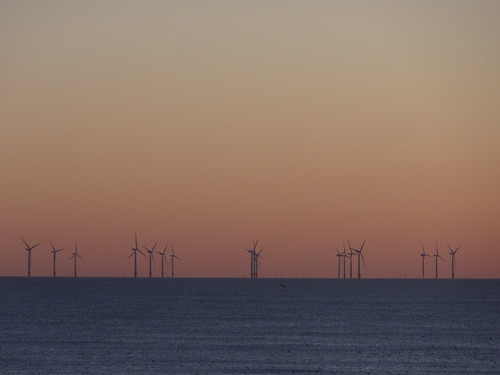 Saturday morning’s low tide tempted us out, and our stroll north along “our beach” took us up past East Terrace and on to Jubilee Beach (aka Hipkins’ Beach to us) – clambering over the rocks at the end of East Terrace Breakwater and onwards to the Hipkins’ Cafe Breakwater, which turns out to have the official name of Mabel Greville Breakwater – Geograph explains how/why. Lots of beach huts, looking resplendent under the cloudless blue skies. 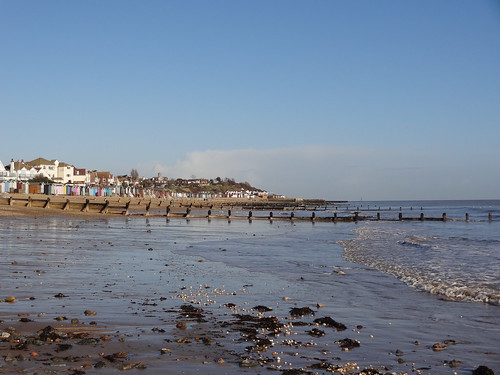 Continuing on up and over the groynes to the north of Mabel Greville we had lovely views of the Naze Tower, the pillboxes that have tumbled down from the cliffs as the coast has eroded, and onwards across Pennyhole Bay (another name learned!) to the cranes and container shops at thePort of Felixstowe (not Harwich!!). 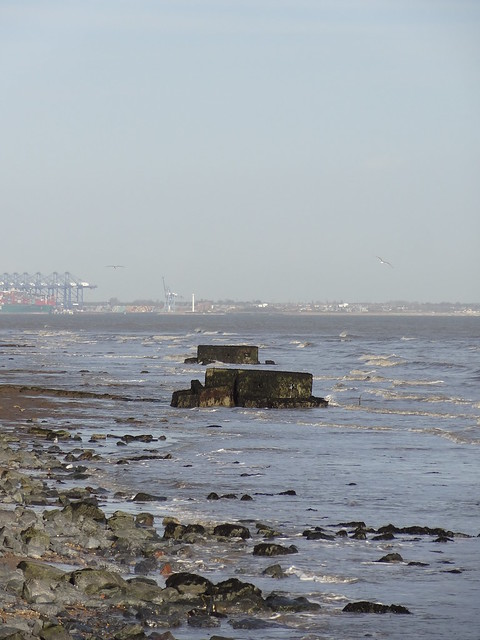 A mug of tea and a slab of bread pudding served as late elevenses/early lunch – and served as our first encounter with the delights of the Naze Links Cafe…. one to return to. A day full of Viking place names – Naze = Ness, …wich = Wik/Vik, not forgetting Thorpe-le-Soken…

Another low tide and more clear skies on Sunday drew us back down the coast towards Frinton, walking under the pier and then on the sea-side of all the breakwaters and groynes. Frinton failed to deliver on the prospect of cake and we didn’t feel like a proper Sunday lunch, so headed back along Pole Barn Lane and the cliff tops, coinciding with the Walton & Frinton Lifeboat returning to its base at the end of the pier. 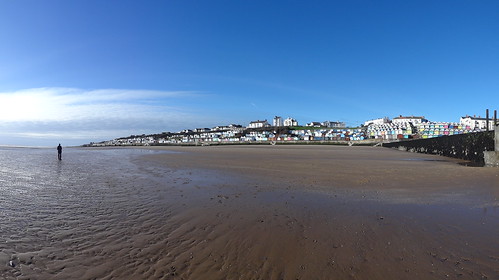 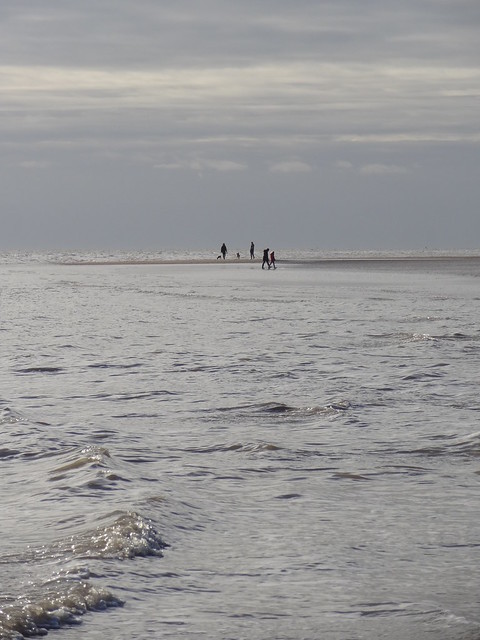