A different feel to this week. I think it’s because my focus is shifting from sorting to settling… and the need to find ways to meet people here.

And that was always going to be the tricky part. I remember Anne telling me in Tsum that she just joined lots of different things and gave everything a good few months to find people that she clicked with. Just don’t see myself in the WI yet. My plan was / is to find local walking groups to join, so with that in mind I took at look through the Golden Valley Groups Initiative‘s Groups to Join – Things to Do booklet that dad had picked up for us, and did some googling, and found details of the Hereford Mountain Club and Herefordshire Ramblers, plus their forthcoming walks. Neither research route threw up any info on the Ewyas Harold Walking Group that I’d got in my head meet outside the fish & chip shop every Friday at 10am. So on Friday I walked into EH ostensibly to buy some fresh bread from the Village Shop (turns out it comes from AJ Jones bakery in Hay-on-Wye), but timed to coincide with a 10am gathering…. Mission accomplished. I shall go along in a fortnight’s time which is the next Friday I’m here.

… Yep, next week sees the first of my weeks back in London. That’s come around quickly. I’m scheduling my visits around the bi-monthly KM Global Video Conferences. I’ll be able to join Hazel and Catherine at WW – in person after another FaceTime meet up this week, when they called from Pizza Express  – and I’m catching up with Tom on Thursday too. I’ll be spending Thursday night in Walton, taking the opportunity to check the flat. Then a day travelling back to Hereford.

But that’s all NEXT week! What about THIS week?

Tuesday afternoon, Weds and Thurs were all work. VOIP continues to be patchy at times, but generally connectivity was OK despite the thick layers of cloud.

I failed on the morning walks front, my excuse being that Monday, Tuesday and Wednesday the roads were still icy. Phil and I woke up to frosty mornings. Very pretty, but treacherous underfoot. Especially in our hill top location. I scouted out the gritting bins… On the plus side, with the sun out, we got to lunch in the conservatory twice.

Just about finished sorting – a few final bits of putting things in the roof / taking to the charity shop still to do, but at least dad and Jean have decided what can go where. They came for Sunday lunch, and Phil rustled up the BBC Good Food’s Vegetarian Wellington. Saturday’s prep took rather longer than the advertised 1 hour…

Monday morning featured gutter clearing by Chris aka Cathedral Property Services. I was happy to be inside, and as well as tracking down walking clubs and checking out WEA and U3A programmes, I booked trains to/from London for my February and March return visits, making the most of GWR’s January sale. I’ve got £5 PAD-HFD tickets for both trip. I also had a perusal of the Twitter list of Hereford accounts that Phil’s put together.

Most of the afternoon was spent making marmalade – Denton recipe, obviously! – and as usual my desire to minimize the quantity of sugar meant I was stirring and testing for setting point for longer than the recipe’s 45 minutes. And, as I discovered on Tuesday morning, the marmalade still hadn’t set solid. Oh well! I used the jam pan I have on permanent loan from Phil’s mum, Janet, and it coped with what used to require my two biggest pans. I doubt I’ll be running out of marmalade for a good few years as I upped the quantities by half, which has produced 15 jars.

Tuesday’s highlight was finding a detailed programme from Alfonso for September’s Picos walking holiday in my inbox. Steffi has sorted hotels. Muchas gracias amiga mía! Rather less excitingly, I sorted through the pile of work folders that had come to rest in the  old card table in my office, and filed them into dad’s desk. I’d made section dividers out of an old cardboard box.

Wednesday: It took them a few days, but the blue tits finally found Jean’s bird feeder on the pear tree. The squirrels are still oblivious.

On Friday, with work finished for the week and my morning stroll into Ewyas Harold complete, Phil and I booked tickets for a selection of films featuring in the Borderlines Film Festival that takes place during February and March. In the afternoon we headed into Hereford to get the car ‘entertainment system’ activated and the remote control battery changed in one of the keys, which was all done by the super-helpful folks at Newtown Motors, aka the Nissan Garage. They also told us they’d be replacing both airbags under Nissan’s warranty. And all that came to less than £20! I’d expected a “labour” layer, which there wasn’t. We really are novice car owners.

We had to leave the car with them for a couple of hours, so we had a potter around town via the Oxfam Bookshop, The Mousetrap Cheese Shop, Timpson’s in the Butter Market before coming to rest in Sensory & Rye for Artisan Coffee and a flapjack. And wifi… courtesy of which we discovered that The Temple Bar Inn reopened last Saturday and the new owners have posted the new menus on Facebook, and I emailed Sunanta’s Thai Kitchen for a copy of their menu. You order in the morning, they deliver in the evening – or you can pick up from their house in EH. Yum Yum.

Back at base we had another homemade pizza for dinner and watched Hustlers. In other TV viewing this week, we’ve worked our way through Country Music by Ken Burns. It has the same solemn voiceover as his Vietnam War series, which is somewhat disconcerting. It’s also not Ken Burns, which I’d not realised. 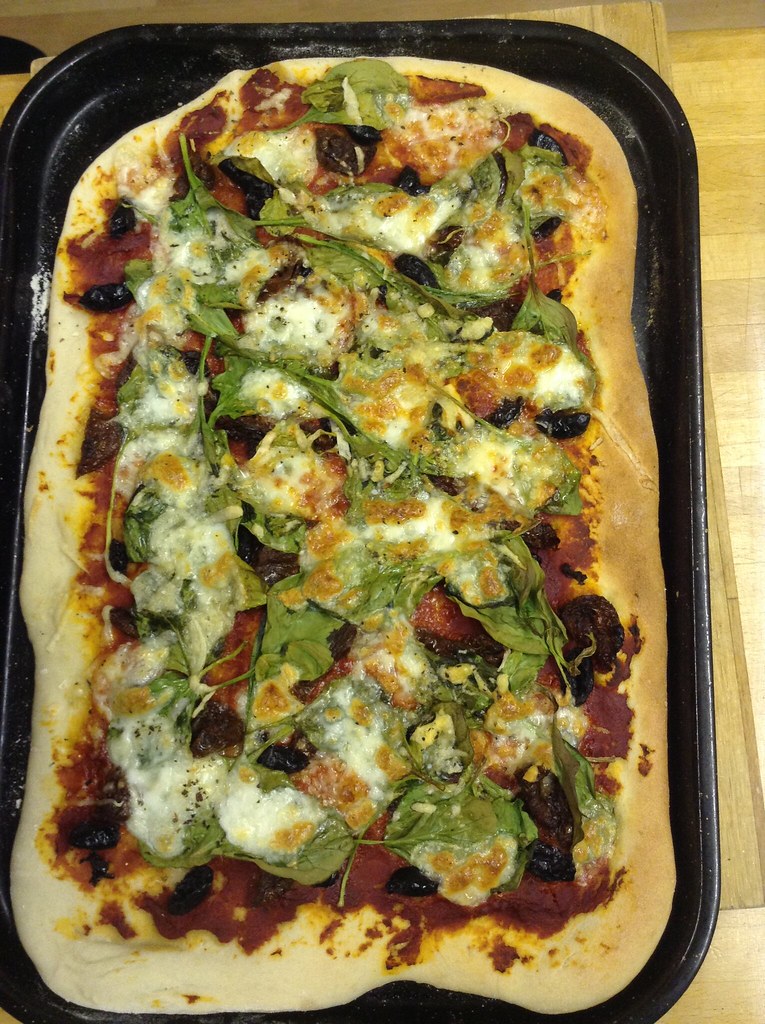 Most of Saturday was spent with dad, who, armed with his chainsaw, chopped off the remaining branches of the fallen willow tree. My job was to stack the bigger logs to dry out for fire wood and to drag the small stuff was dragged to the old quarry for a future bonfire. Everything is too damp / green to burn at the moment. We did try! 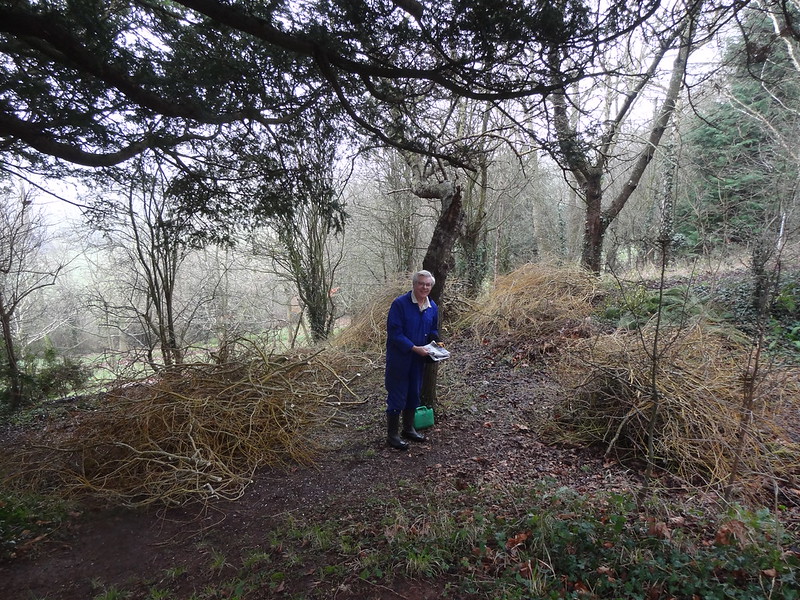 As we come to the end of January, the snowdrops are multiplying, and some of the daffodil spears are sporting yellow buds. The peace and quiet is magic, the sheep across the road meander around their two fields and we watch the blue tits and robins on the new bird feeder. But despite all that, I ended the week feeling rather down in the dumps. Loneliness? A London ‘week’ ahead? Crashing down from the sociable high of hosting dad and Jean for lunch? Not sure.

But yes, weeknotes are going to be a Monday thing.