Horridly hot and humid week, followed by a wet and windy weekend. But “good for the garden” (which has got even greener), and featuring a conservative conservatory lunch with dad and Jean.

It’s been WAY too hot and humid here this week. Thursday night was unbearable. Even after a 10pm stroll up to Kerrys Gate and back before bed, I ended up going to sit on one of the comfy chairs in the conservatory and slept there for for a couple of hours.

London would have been worse though.

Phil and I really don’t know how we’ll decide about whether “here” is the new “home” or not. Right now, we are loving it. But the past few months have all felt a bit unreal. That said, the only benefit of being back in London I can see is being able to see friends there. I’ll probably have to work from home some of the time, and our flat isn’t set up for that, and all the social/cultural things, even if they’re open, will be weird. I really can’t imagine going to the cinema, or going into a pub once winter comes. 2021 is going to be strange. Anyway, we’re here until the end of September, and enjoying ourselves – am I allowed to say that?

LED Trustee Meeting over Zoom on Tuesday, VWW with Hazel (v nice to catch up), Wine Zoom with Kirsten and Justine (and back to another 90 mins work afterwards; it was only a small glass of wine), Family Zoom on Friday. Socialising over the internet is still going strong.

We got an email about returning to the office this week – no dates and a clear message that it would be voluntary once the office does start to open up. It’s what seems to be the fairly standard phase 1, phase 2 approach, team/week 1 / team/week 2. The biggest hurdle is going to be the lifts. We’ve been allocated exclusive use of 2 of the 5 lifts on each side of the lift shaft, but with only 2 people allowed into a lift at any one time it’s going to take a while to get even 40% of our workforce to their desks – let alone “from”. All in all, I can’t see us returning to ‘normal’ anytime soon.

On Friday, out of the blue, I got an email from Ang Rita Sherpa, the current chairman of The Partners Nepal, asking if he could use some of my photos from Gokyo and Khumbu in a book he is working on about Climate Change in the Himalayas (A Case from Solukhumbu). The book is to raise awareness on Climate Change and its impact on the local environment and local livelihoods, and proceeds will go to The Partners Nepal’s projects in Solukhumbu.

I would have said “yes” in any event, but I’m even more delighted to as Val knows the family well and we visited his mum for morning tea when we stayed in Khunde towards the end of 2016’s Off and On the Beaten Track in Solukhumbu.

Fresher weather arrived on Friday, so I got out for a walk along the lanes in the morning and spent the afternoon pottering in the garden – planted my radish trays into bigger pots, and sowed some more lettuce.

The herb bed and extension are jam packed – lush and green. Lovely. The sunflowers have suddenly had a growth spurt and the pumpkin plants have flowers and a couple of small yellow orbs have appeared… I’m getting quite obsessed.

(Also getting quite obsessed with Mabel and Olive. But I’m not alone there.)

At least Sunday’s rain showers meant I haven’t had to water the lettuce and radishes in the “herb bed” (and extension) this week. We are certainly not going to run out of salad.

Phil’s mum turned 80 this week. Sue found a local lady who runs a cake-making business and ordered a birthday cake – it looked amazing! We FaceTimed at lunch to find Janet sat outside in the garden for a socially distanced birthday picnic lunch with some local friends and neighbours. Clearly big birthday celebrations can cope with COVID, even if they’re a bit different 🙂

Saturday started off badly. I deleted my Facebook account a long time ago and I loathe it as a thing. But we use it to keep friends and supporters updated on LED (Light Education Development, aka Val’s charity) activity and donations, and I had some posts to do following Tuesday’s Trustees’ Meeting.

I spent two hours struggling to do anything on Facebook. Let alone post anything. I’m getting “too many redirects” when I try to log in from Chrome or Safari from my mac, and the same on Chrome on my work laptop. In IE I can log in but the page doesn’t load.

Phil found this work around, which includes a link to this blog post about the same issue.

The work around worked….

…. Only for me to discover that it looks like we can’t schedule posts any more. So I ended up publishing the series of posts I’ve planned to space out over a couple of weeks all in one go.

After that I couldn’t face trying to fathom out how to fix the problem permanently. I’d already spent time futilely searching for help on Facebook and there’s no support contact details. Obviously.

So after a stomp around the garden, I settled down in the conservatory and finished Hilary Mantel’s 900+ page The Mirror & The Light, which I started in the middle of May. 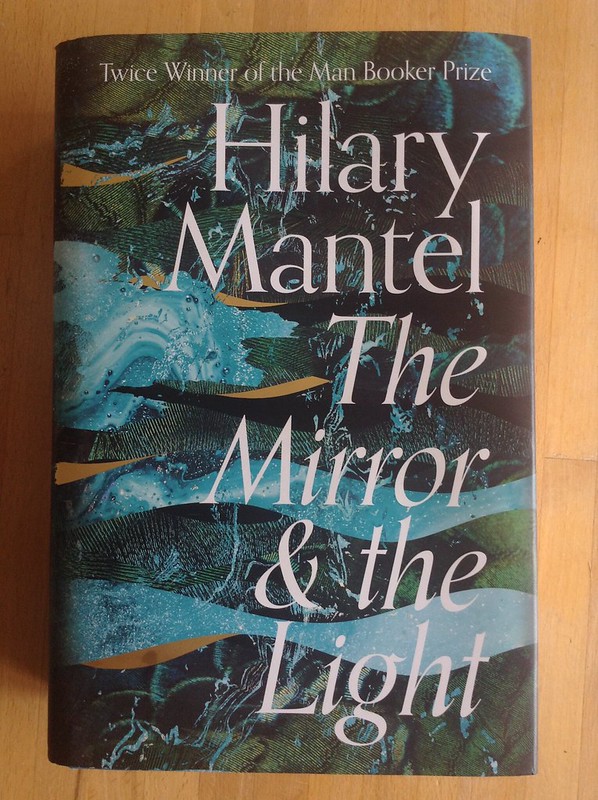 On Sunday, Dad and Jean came for lunch: quiche and salad, accompanied by the very nice bottle of white wine Annette and Michael gave us for Christmas / moving in back in January. It was lovely to see Dad and Jean, even if the patio dining plan was stymied by the heavy rainy showers that came sweeping across all day.

In between downpours we did manage to get out for a stroll around the grounds, and on Monday, after I’d done the Kerrys Gate – Cockyard – Camp Crossroads route and sent Ang Rita the photos in the morning, Phil and I staked up the dwarf apple tree and the growth-spurt sunflowers, and I took some photos of the pumpkin flower, the now-securely staked sunflowers and the red hazelnuts.

My dad keeps reminding me that the squirrels will harvest the hazelnuts and walnuts the second they’re ripe and that all we will see is the leftover leaves and shells. We’ll see…..

Photos from Herefordshire week 26. No hanging about this week!