…. aka a very fine way to spend a sunny Saturday morning and early afternoon, as the photos attest.

Up early, Phil and I set off to walk to the Counter Cafe by way of Regents Canal and the Hertford Union Canal. 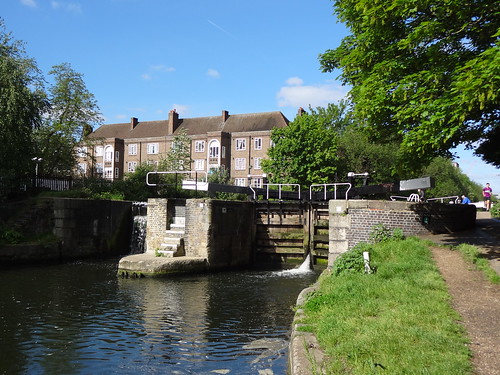 A mite chilly to begin with, but once the sun built up a bit of oomph in the clear blue skies the day warmed up, and by the time we got to the Counter Cafe we opted to sit outside on their floating deck, admiring the reworking of the Olympic Stadium on the other side of the Lee Navigation. Yippee!

Russell and Arthur joined us, and we tucked into good coffee and even better breakfasts. Not the cheapest, but veeeery tasty. 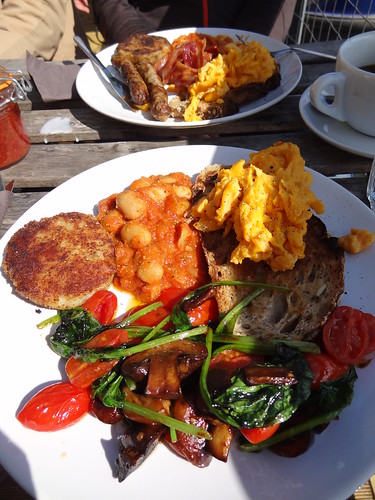 Breakfasts at the Counter Cafe

A stroll around the recently opened Queen Elizabeth Olympic Park followed, in the company of Matt Sheret. Lots of wild flower planting and new trees surround the scaled back sports arenas, repurposed Olympic buildings and new Park accoutrements including a climbing wall, fountains and playground. It’s weird to see large new roads routing through the middle of spaces I last visited on foot during the Olympics – although that was almost 2 years ago. A nice (nostalgic? practical?) touch to name the new bus stops after nearby Olympic landmarks. 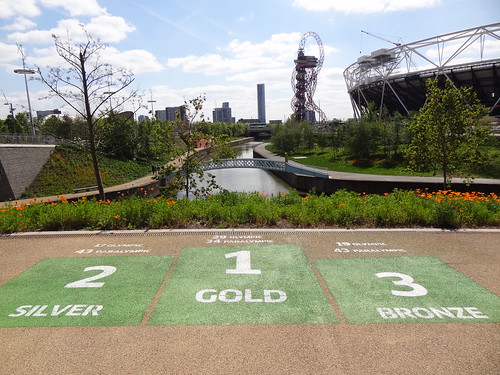 With the lure of ‘tea’, Matt led the way out of the Park to The Hackney Pearl where another excellent Americano each ensued, accompanied by Blueberry Yoghurt Loaf (me) and Baked Cheesecake (Phil). 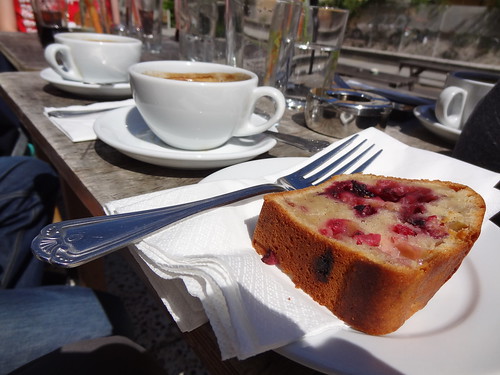 Coffees and cake at The Hackney Pearl

Going our separate ways, Phil and I headed home via Victoria Park – lovely on an early summer’s day, the big open spaces contrasting with the crowds at Broadway Market and London Fields – then returning to our eastern edge of The City by way of Columbia Road and the hipster backstreets of Shoreditch.